It’s World Mental Health Day this week (10th October) and with one in four of us experiencing a mental health problem each year in the UK, it is inevitable that we all know someone affected by mental illness. Notting Hill Genesis (NHG) provides a range of care and support services to vulnerable people, including those with mental health needs. 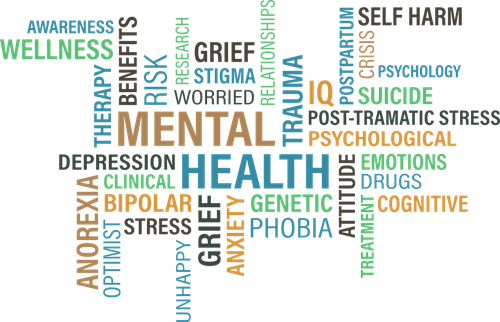 One of our residents, Teresa, was kind enough to share her own struggle with mental health and her advice to others with a similar issue:

“It’s not something I prepared for. Who does? And back in 1993, mental health issues weren’t talked about. No-one ever talked about post-traumatic stress disorder, triggers, or anything like that.

“I was a residential social worker, working with some of the most vulnerable people. During my first year at a particular home I was attacked by a mentally unwell patient for 12 hours.

“Once I became physically better, there was a new version of me I needed to get to know. I developed triggers, but I didn’t know that then. There were just things I couldn’t do any more like combing my hair. It was honestly traumatic. There was no desire; I understood the need to look after my appearance but I just couldn’t do it. So I just gave up.

“Slowly my home became a fortress; I just wouldn’t leave it. I would make excuses, change plans so I wouldn’t have to go out. I accepted it because I didn’t have the language for how I felt, but it was crippling. It starts slowly: one day turns into a week, a week turns into a month, a month turns into three months, and so on.

“Your home becomes a fish bowl; you’re always looking out at the world from your window. You live your life in your safe environment. I stopped dressing. I lived in t-shirts. I didn’t need to get dressed, use a bag, keys or money. My days followed a simple routine of making plans to go out, even just to the shops but I never could. So I would sit at my window, watching people, taking in their facial expressions, desperately wanting to be as free as them. I learnt the footsteps of my family, my friends and my neighbours. I could tell who-was-who just from the sounds of their footsteps. I learnt the amount of steps it took for me to move around my home; from kitchen to living room, from bedroom to bathroom. Every single day was the same. I had people around me who were supportive and understanding, but it’s difficult to explain a state of mind that is new. It doesn’t make sense to you and is just so unlike the person you are used to being.

“I missed the old version of me, but getting the support that was right for me was challenging. I had a nurse who used to come and visit me; our sessions helped me to begin identifying particular behaviours I had developed. But once funding was cut, I was taken to facilities, staying in places that were foreign with nothing that was familiar. This in itself was traumatic but it got me to a place where I was able to visit a therapist to talk about how I felt and gain a better understanding of mental health.

“Finally being diagnosed with agoraphobia was grounding. It helped me to begin the process of healing and accepting the changes in me and embracing who I had become.  It will never go away; that initial feeling of anxiety isn’t something that I aim to get rid of. But learning to accept it has allowed me to embrace past passions like acting. I had been in plays previously and loved becoming someone new on a stage, so now I am completing my level three in drama at a local college. I’ve had a ball! I’m also writing a memoir, I owe it to myself to share my story in hopes of it helping someone else.

“I have always been a people person and I know I can’t help people in the same way. I could never work in a facility again as a social worker but I can still help. There are people without any kind of support and I can only imagine how isolating that becomes, so I’m looking at ways I can support those who have no-one to talk to and cannot leave the confines of their homes.

“Mental health, especially if you have never experienced it, can be a hard thing to understand. And as someone who wants to help I know that it can be challenging. Over the years I’ve learned a few things, from both sides of the table. I hope they help you:”

1. See the person, not the diagnosis: Agoraphobia is still there for me. It’s something that won’t go away but I chose to be myself and focus on the other aspects of my life. It helps when others help me to do that.

2. For someone with poor mental health, allowing you into their home is a big deal: Respect that, they trust you.

3. Reach out to their support system (if they have one): Introduce yourself and communicate with them. They can share so much information, for example, routines, possible triggers.

4. Try not to be judgemental: You won’t and can’t relate to all their experiences so try to accept how they feel.

5. Look after yourself: You are important to someone, so looking after yourself is important. Do your research, take precautions. There are policies in place for a reason; plan ahead.