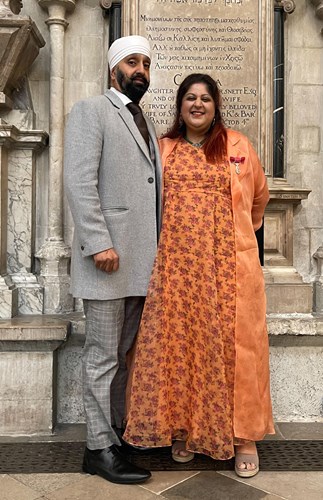 A Notting Hill Genesis housing officer who runs a homelessness charity in his spare time has been given a British Empire Medal.

Nirmal Saggu and his wife Anju (Harmit) Ahluwalia received the award for their soup kitchen and food bank, Food4All. Based in East London and entirely run by volunteers, Food4All cooks 1,000 vegetarian meals, and delivers food to 50 families in Newham, along with homeless hostels and mutual aid groups, every week.

The award was presented to Anju at Westminster Abbey by the Lord Lieutenant of London, Kenneth Olisa.

Nirmal, a housing officer for Notting Hill Genesis who lives and works in Newham, said: “My wife and I started Food4All five years ago as we wanted to give something back to the community. We work closely with Newham Council (from whom we receive referrals) and three other food charities: the Nishkam Sikh Welfare and Awareness Team (SWAT) (which also provides volunteer drivers for our deliveries), Sewa Day and the Children of Adam.

“With the recent pandemic, the numbers of meals we provide has increased by around 400-500 a week. We also offer a mini foodbank at weekends and, along with the Children of Adam, hand out meals to the homeless at Lincoln Inn Fields on Sunday nights.”

Nirmal and Anju were among 120 people to be given the British Empire Medal at Westminster Abbey this autumn.

Anju said: “It was beautiful to see everyone coming together from all different communities under one roof. This award was not possible without my husband, best friend and co-founder of Food4All, and I also want to thank all of our supporters.”

Nirmal continued: “All of our volunteers help us with fundraising. 14 of them even did a sponsored skydive recently which raised £27,000!” 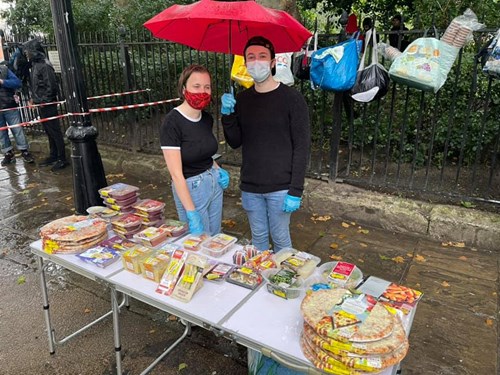 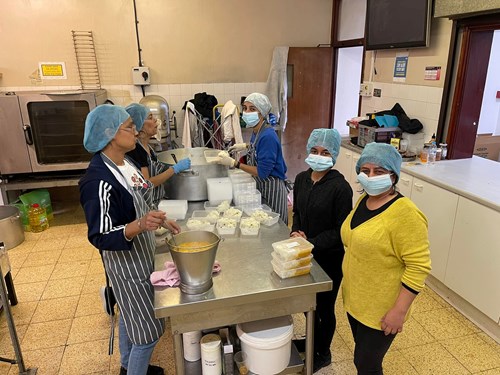