A swarm of abseiling Santas descended (literally!) on the Notting Hill Genesis (NHG) office in Hammersmith on Friday.
The fearless Father Christmases slid down ropes from the rooftop of 1-3 Sussex Place to deliver presents to surprised children at neighbouring St Paul’s primary school. 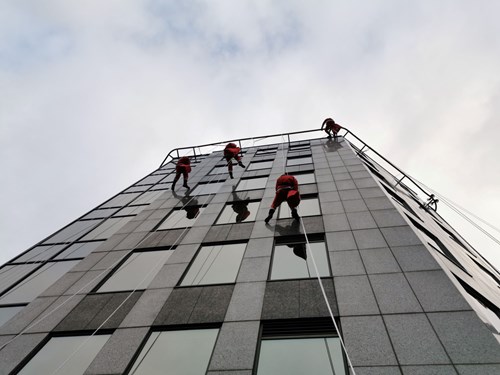 The aerial display came about thanks to Wates, NHG’s repairs partner for the west region, and their contractor, Rope Access, which carries out a large proportion of NHG’s roofing repair work.
Lisa Gilbert, contracts operations manager at NHG said: “The Santa abseil is something that Rope Access does each year at Christmas for a valued customer, and this year was our turn.
“It was our idea to involve the schoolchildren next door. We approached the headteacher who was thrilled with the idea and helped us to hatch our plan.”
On Friday morning, the children were gathered in the playground before school as normal, unaware of what was about to happen. Suddenly there was a cry of “look, there’s Santa!” from one of the teachers, and the whole school’s attention turned to the side of the building as the Santas made their descent carrying sacks full of presents. They reached the ground safely and delivered more than 250 presents to the teachers who distributed them among the children.
Lisa continued, “Every child at the school received a gift and there were even several left over. These will be donated to our Christmas gift appeal and delivered to residents in our homeless hostels and women and children fleeing domestic violence who live in our refuges.”
A merry Christmas to one and all and a huge thank you to Wates and Rope Access! 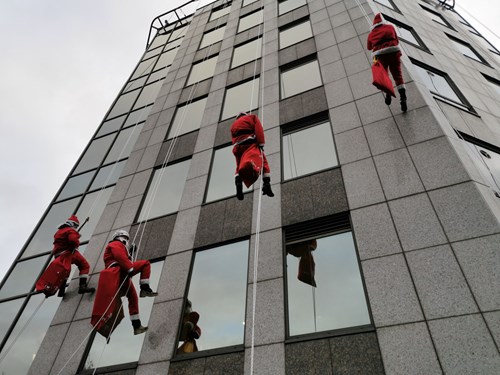 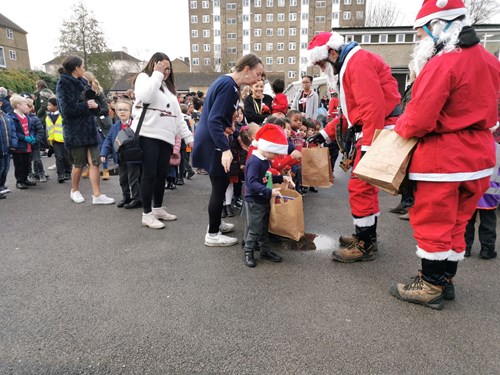