Blooming balconies at Woodberry Down 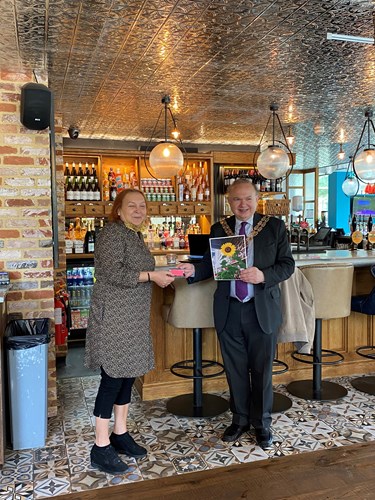 One of our housing officers at Woodberry Down estate in north London came up with a novel idea to keep residents entertained during the pandemic.

When lockdown hit back in March 2020, Nicola Barker was worried that many of her residents wouldn’t be interacting with anyone and would be stuck in their flats with no one to talk to. All of the residents in Birchwood and Maplewood blocks have balconies so in March this year she came up with the idea of a Blooming Balconies competition. The idea was for each resident to plant and cultivate sunflowers, with prizes given for the ‘sunniest’ at an event when they were more able to get together.

Nicola approached the Sunshine garden centre in Bounds Green who provided her with discount plant pots, compost and sunflower seeds. She then distributed these to the residents who had volunteered to take part in the competition.

Nicola said: “The garden centre was great, not only did they provide the materials, but they also put together a guide to help entrants with how to plant and look after their seeds and how to secure them as they began to grow. They even donated three £10 vouchers for prizes.

“As the sunflowers began to grow residents kept in touch with me and each other via text to keep abreast of progress. Some residents were hugely successful in their efforts, others less so, but the group kept everyone’s spirits up with the updates.”

At the end of July, the competition entrants got together for the prize giving ceremony at The Naturalist pub on the estate. The pub very generously laid on some food and drinks and pictures of the sunflowers were judged by the Speaker of Hackney, Cllr Michael Desmond, who came along and gave a thoroughly entertaining speech. The top six sunniest sunflowers were selected and vouchers were awarded to the winners. Local resident Halime Ozseuim-Er was awarded the first prize of the sunniest sunflower and was thrilled with her £50 voucher.

Nicola added: “All of the residents involved enjoyed the competition and said they would take part again. Maybe we’ll make it an annual event at Woodberry down, involving more residents next time.” 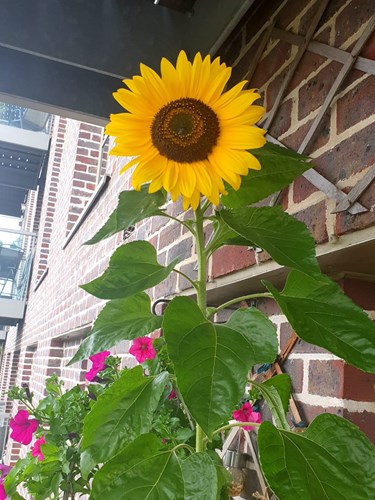