Series two of our Every Kinda People podcast has launched

The second series of our podcast Every Kinda People – focusing on the amazing stories of extraordinary people living in Notting Hill Genesis homes – launched on Thursday 23 June.

Twelve residents, including artists, musicians, DJs and writers, from a range of backgrounds and with a wide variety of interests, have been featured in this latest series.

Inspired by BBC Radio 4 shows Desert Island Discs and Inheritance Tracks, the shows invite you to connect with interesting people and the music that has influenced their lives.

Some of those featured in the second series include:

With training and support from arts and education charity www.digital-works.co.uk resident volunteers picked up new skills, conducting interviews and running the audio recorders. They were also invited to the launch event at Act One Cinema in Acton, where they were reunited with the interviewees. 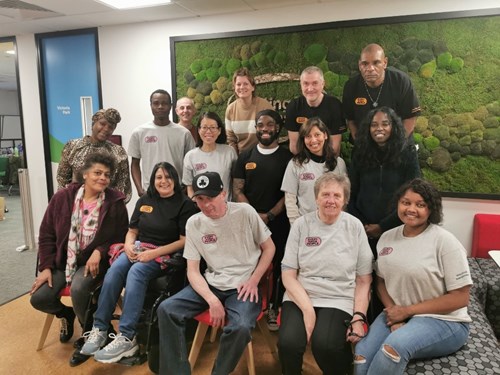 Matthew Rosenburg from Digital Works said “Every Kinda People is such a wonderful way of exploring people’s lives and the stories that have emerged from this project are moving, funny and fascinating - a real cross section of the lives and loves of Londoners. We also really enjoyed working with the team of brilliant volunteers who brought their own stories and skills to the project and made it such a success.”

Mandy Worster, Volunteer programme manager for Notting Hill Genesis, said: “We were so proud of the fascinating stories captured in our first series of Every Kinda People and always knew there were more residents out there, but we have been overwhelmed by how many amazing lives we have captured. I want to say a huge thank you all of our brilliant volunteers who were so engaged in the project and whose involvement has made this series even more special.”

The second series can be found on Mixcloud at here alongside the first season, which was released in 2020.