Celebrating the older people who live with us

In honour of Age Action Alliance's UK Older People’s Day and the United Nation's International day of Older Persons we’re spending the week celebrating the success, achievements and contributions that older people make to society and across our local communities, with a focus on our own residents.

Learning from our older residents

Over the past year, our Involvement team has been busy finding different ways to reach out to our older and 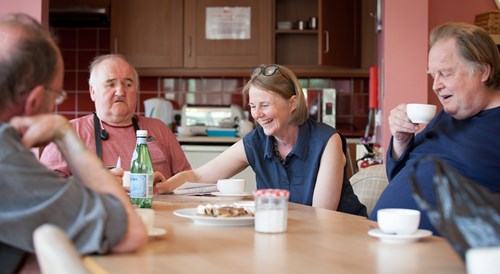 supported housing residents, in order to get them involved in influencing the services we provide to them. We started a trial last September with two extra care schemes as one way to encourage more residents to get involved. We have since been holding regular scrutiny-based meetings to talk with residents about how we might improve where they live.

We’re happy to say the pilot has been a success and now have residents living at Turnberry Court in Ealing and our Mildmay schemes in Islington regularly attending meetings to scrutinise and influence services.

Hot topics coming out of the groups so far have been around welcoming new residents to the schemes, improvements to catering services, improving accessibility and day trips.

More specifically, residents of Turnberry Court now have a meal rating system in place to inform future menu choices and as a result of their feedback extra training for some of catering staff has been arranged. Mildmay residents have led in designing a new Welcome Pack for residents and are working to improve communications more widely at their schemes.

The achievements have been great in themselves, but also giving residents an additional platform to shape the services they receive on a day to day basis has helped to empower residents as they get older so they can remain as independent as possible while receiving top quality care.

Paul is a Special Olympics medal winner who lives at our Conrad Court extra care scheme. Earlier this year, he ran the London Vitality 10k to raise money for activities at Conrad Court, alongside his housing officer. Watch Paul's story in this short video. 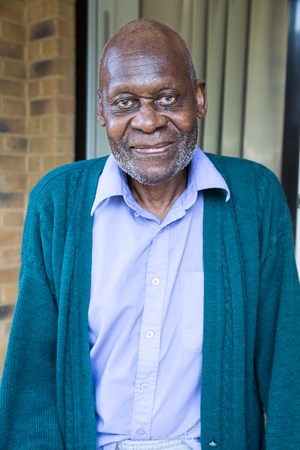 Crispin, originally from Uganda, has spent his life working examining bacteria and viruses for the World Health Organisation, which gave him the chance to work in a number of countries around the world, until his recent retirement.

“I always enjoyed my job,” Crispin says. “The best thing about it was seeing so many cultures and different countries.”

He moved from Uganda to the UK full time in 1986. “I was alone when I moved here, but this is where I made my family. I got married and we had two children.” Work and studies took Crispin to Scotland and Wales before he settled in central London, where he later joined the Education Institute based at King’s College.

“I was also a drummer in a group performing music for African plays, mainly Nigerian and east African. We’d go to colleges and perform. There were lots of us in the group and it was fun.

“I also liked to cycle and swim, and used to do both whenever I had the opportunity.”
Crispin moved into his new one-bedroom flat two months ago.

“I really like it here. The best thing about it is the freedom I have; I’m more independent than I was before. I used to live in council accommodation and didn’t have as much freedom to come and go as I do here.” 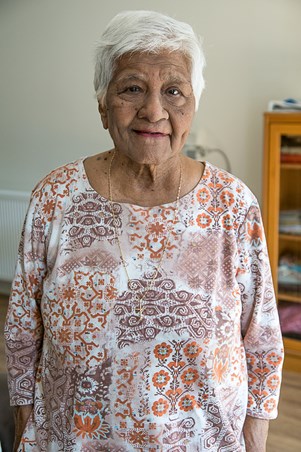 Esther, a spritely 95-year-old, says making the most of her retirement and keeping active is the secret to feeling young – and she’s certainly had a very active life. Esther is now looking forward to fostering a true community spirit with fellow residents in her new home – our most recent extra care scheme at Cheviot Gardens in Lambeth.

Independence has always been important to Esther. She taught maths in Burma (now known as Myanmar) from the early 1940s through to 1965, though she was evacuated to India from 1942 to 1947 during the war, where she continued teaching and also discovered her lifelong love of travelling, visiting Singapore, Thailand and Sri Lanka.

“[My husband and I] had come to England for a holiday and decided we didn’t want to move here,” says Esther. “We had no children so didn’t have to worry about getting them an education. But in 1965 my sister moved here with her nine children.”

"That was the reason I came," says Esther, "Because I was so attached to the children. My husband died just before I left, so my father came here with me.”

Those family ties remain close. One of the children has since died, while another has moved to Australia, but Esther still regularly sees the other seven who were on hand to help her pack and unpack when she moved home.

Despite her previous career as a teacher, when she moved to England Esther went into the civil service as an accountant, where she worked until retiring at 60. “They asked me to carry on, but I said I wanted to enjoy my retirement,” and that is what she has done.

“After retiring, I knew I wanted to keep busy so I also went to the Citizens’ Advice Bureau to discuss volunteering, and started visiting elderly people in their homes. Just going around and having a chat. I didn’t want to do anything strenuous or anything with numbers.”

Esther has been at Cheviot Gardens for two months now, and is really enjoying her new home. “We have a lounge, cafe and garden, so hopefully more people will start to join in [activities] because the staff here are very good. The only problem I have here is that I didn’t need to use my stick to get around indoors, but now I do because my flat is so big! But on the other hand I have lost half a stone.”