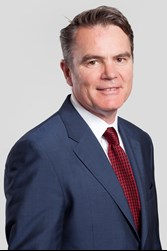 John Hughes is the Group Director of Development and Deputy Chief Executive. He is responsible for growing the number of homes we provide.

The directorate works with the Regulator of Social Housing, local authorities and private developers to produce new homes each year.

Prior to his current role, John had been the Group Development Director for Notting Hill Housing since 2008. John joined Notting Hill Housing from the Genesis Housing Group where he was Deputy Development Director. He has 20 years' experience in housing development and regeneration, including managing the largest Housing Corporation funded programme, over £200 million of Social Housing Grant and a substantial pipeline of properties for sale.

He was previously at NHH for eight years where he held positions including Director of New Business and Director of Maintenance.